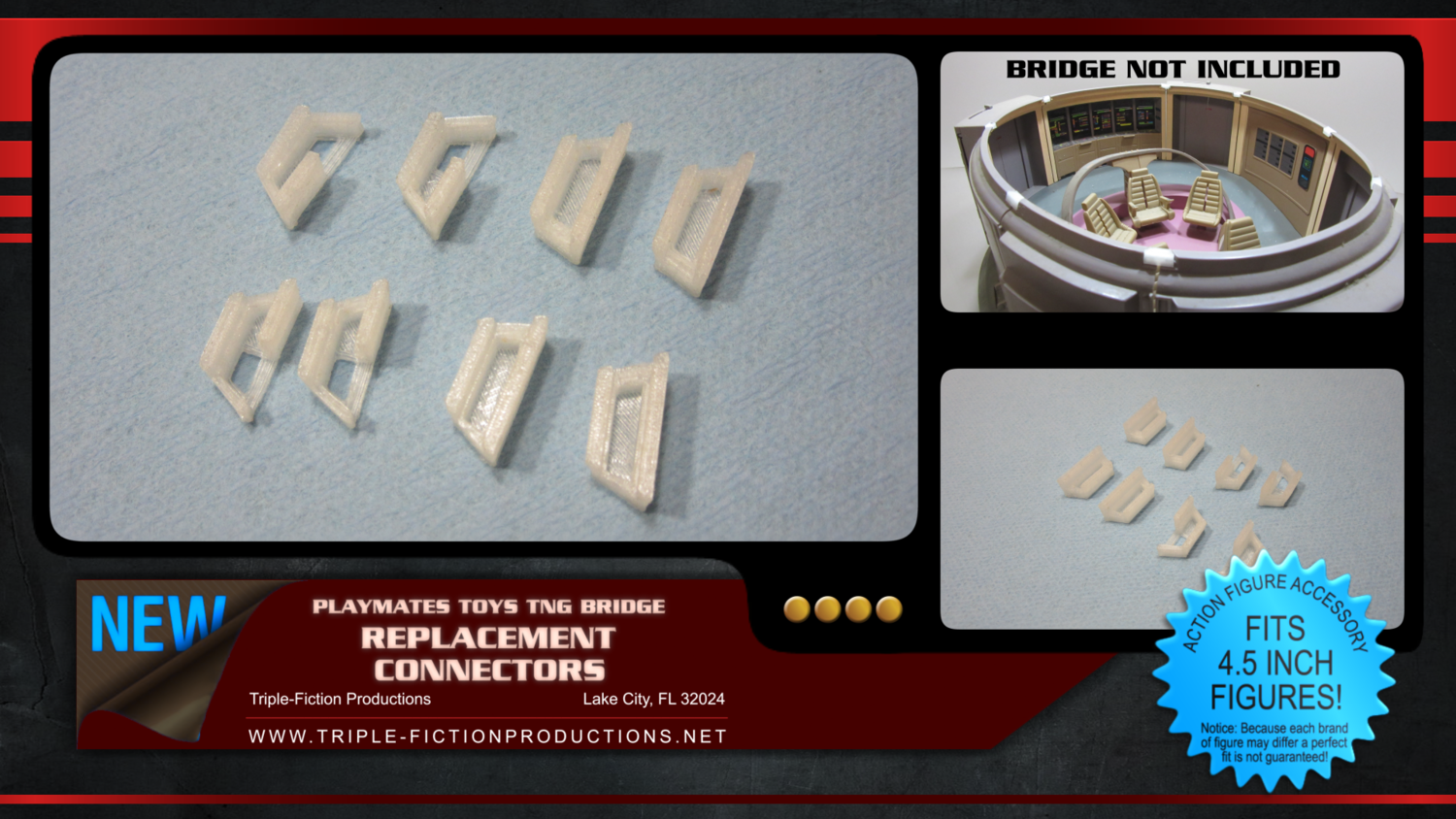 "This item(s) is intended for use as a replacement part(s) for the 1990's Playmates Toys Star Trek TNG Bridge Playset. It replaces the plastic connectors which hold the walls of the bridge together."

ATTENTION: Please note that the Playmates Toys Playset shown in this listing is for demonstration purposes only and is not included. NO Action Figures or Playsets are included with the purchase of this accessory!