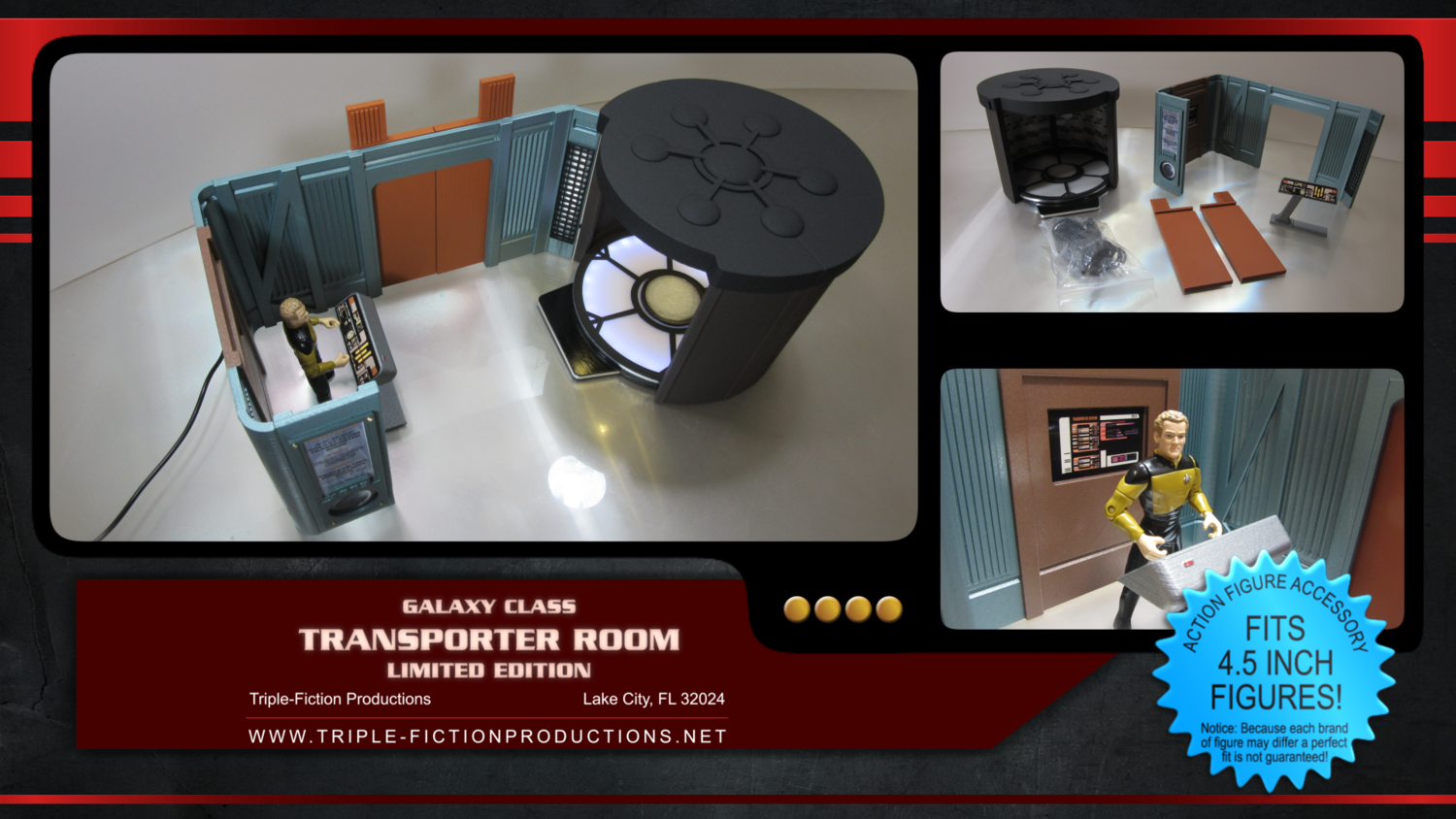 This limited edition item is currently SOLD OUT!
The 3rd and final production run is scheduled for release in late December 2020.

LIMITED EDITION - Each unit is individually numbered with dedication plate.

ATTENTION: Please note that the action figure(s) shown in this listing are for demonstration purposes only and are not included. NO Action Figures are included with the purchase of this accessory!

NOTE: This item does not actually teleport your action figure. It won't magically make them disappear and/or vanish in any way.